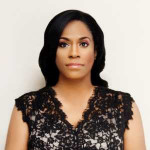 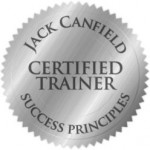 Tonya Hairston Ware, a native of Key West, Florida, was born to parents who traveled throughout the United States pioneering and planting churches. Tonya began singing at the age of six and when she was older accompanied her father to local jails providing ministry. After graduating from high school with honors, she enrolled and graduated from Mississippi State University, where she joined a noted campus choir and traveled extensively, singing in churches, special events, and corporate functions.

For more than twelve (12) years, Tonya focused her attention on her secular career, as Benefits and Retirement Planner for a Fortune 500 Company. For her expert knowledge and successful career, she was named a member of the “Top 40 Under 40 Mississippi Business Professionals” on January 16, 2008. Tonya was consistently in the top ten (10) in performance and sales nationwide in her former company. After marrying her soul mate, Bishop Adrian D. Ware, Tonya and her husband pioneered The Church Triumphant Global, where she also serves as Executive Pastor and Worship Arts Director. She has touched thousands through her leadership and music. Tonya’s passionate single release, “Put My Hand In Yours,” written by Marvin Winans, stands up to some of today’s most noted music – both in mainstream and Christian markets. Tonya’s music video for “Put My Hand In Yours” has been featured on BET, TBN, Music Choice, Gospel Music Channel and more.

Tonya has won two “Jackie” Awards from the Mississippi Gospel Music Association. She is a 2009 Stellar Award nominated artist for Contemporary Female Artist of the Year. In 2010, Tonya was named Mississippi President for the Warrior Bride National Prayer Network and was elected in 2012 to the Wisdom Team for the International Congress of Churches and Ministries. She has appeared on the Trinity Broadcasting Network, singing some of her most loved songs. Pastor Tonya and her husband Bishop Adrian Ware are members of the Faith Ministries Alliance under the leadership Dr. Bill Winston of Oak Park, Illinois. As a spiritual daughter of Dr. Bill Winston, Pastor Tonya is teaching people how to manifest the Kingdom of God here on earth.

In 2013, Pastor Tonya was accepted into summer programs to study music with both the Jacob School of Music, Bloomington, Indiana and the Berklee School of Music, Los Angles campus. In March 2015, she released her first inspirational book, “Life Is Your Song”, with famed actor Hill Harper at the BJCC in Birmingham, Alabama.

She is the Creator and Host of the life-changing “Saturday Success Church” – Jackson hottest one hour Saturday Church! Through her intensive training with the Small Business Association (SBA) Emerging Leader’s Program, she is providing a myriad of self-help subjects for clients. She is a member of the Greater Jackson Chamber Partnership where she serves as an Ambassador and Co-chair. She was named the Greater Jackson Chamber Partnership’s Ambassador of the Year for 2016 and is a member of the Ambassadors Council. Pastor Tonya also serves with TeamJXN. She is a Managing Partner with The Success House and is a 2017 graduate of Leadership Greater Jackson. Tonya is a Certified Trainer with the Jack Canfield Success Principles Program specializing in Breakthroughs to Success.

She is the 2017 Heart Survivor for the American Heart Association – Jackson, MS and is a member of Circle of Red and serves on the Executive Leadership Team. Pastor Tonya advocated on Capitol Hill for the American Heart Association.   Tonya is the Creator and Host of Jackson’s only Manifestation Mastermind Group and the “How to Write Your Book in 60 Days” Program. Pastor Tonya is a member of the Women’s Information Network and the Vice President of the Empowering Progressive Women’s Association. Pastor Tonya is a gifted and sought out speaker and performer. Her transparency attracts people of all cultures, races, and lifestyles. She was named 2017 Pastor of the Year by the MS Gospel Music Awards.

Pastor Tonya enjoys being the President of the R.E.D. (Recharge, Empower, & Dominate) Women’s Conference and Small Group.  In June 2018, Pastor Tonya delivered her first speech at the United Nations in New York.  In August 2018, she was named one of the Top 50 Business Women of Mississippi.  She is most proud to be the wife of Bishop Adrian Ware and mother to daughters, Wisdom and Wealth Ware.